Aquaponic Gardening as a Business

If you are looking for food for thought, how about: Aquaponic Gardening as a Business Project…?

You might be surprised to find a lot people have turned their organic home enterprise into a real money-maker.

Organic vegetable gardening is on the up and up and vegetable growing using the aquaponic method is just about as organic as you can get…!

Below is an article I found in, ‘The Forecaster’, it makes for interesting reading. 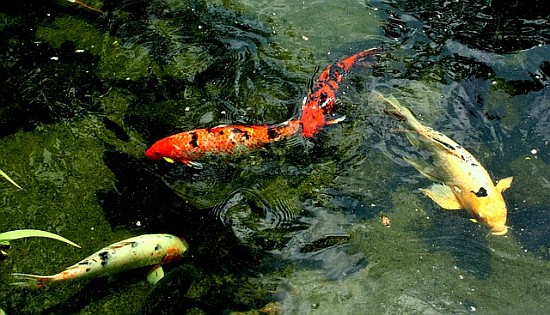 Aquaponic gardening as a business

NORTH YARMOUTH — Fish waste is used by plants, which is converted by bacteria into nutrients for plants, which in turn filter clean and oxygenated water to be recirculated back to the fish. (Can you get better than that?)

It’s the circle of life.

That’s the gist of aquaponics, a symbiotic merging of aquaculture – through which fish and other aquatic animals are raised in tanks – and hydroponics, the growing of plants in water.

And aquaponics is what Fluid Farms, a Portland-grown business that’s moving to North Yarmouth to grow vegetable produce and freshwater fish, is all about.

Founders Jackson McLeod and Tyler Gaudet are building what they believe is Maine’s first commercial-scale aquaponic greenhouse on leased land.

If you would like to learn more about Aquaponic Gardening…
Click here to see my recommendation to you…!!!

The endeavor started in 2010 with the breeding of tilapia in the spare bedroom of Gaudet’s apartment.

The longtime friends then operated Fluid Farms for two summer seasons in a small Bayside greenhouse in Portland. From there they sold herbs and greens to area restaurants and markets on a shoestring budget, Gaudet said. 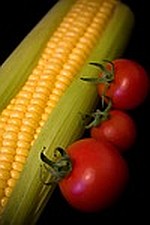 McLeod said he had initially seen the operation as strictly about growing food. “I really didn’t think about it as a business until like the second year,” he said. “As soon as we got some produce to some markets, and saw other people’s excitement, I think that’s when it clicked for me. I (thought), ‘we could go somewhere with this.'”

Their success pushed them to expand, and to buy a production-scale 2,600-square-foot greenhouse, which they will build and move into this spring on the North Yarmouth farmland property.

Gaudet, a fisheries biologist for a Portland environmental consultant, has conducted fish studies throughout the U.S. in recent years. McLeod, who has spent his life cultivating backyard and kitchen gardens, has pursued a career in industrial manufacturing automation. He experimented with hydroponic food production and grew a passion for sustainable food models in college.

To see the full article go to The Forecaster

If you would like to learn more about Aquaponic Gardening…
Click here to see my recommendation to you…!!!

I hope you have found this article – Aquaponic Gardening as a Business – informative, and you will share your own experiences below in the comment box and please take the time to click on the share button, many thanks; see more articles on The Daily Green Post home page.

How to Compost at Home