Just when you thought it was safe to come in from the cold the Greenhouse Effect is being highlighted in the Arctic Ocean.

It seems wherever you look these days, there are new warnings on global warming, and now even the Arctic regions are coming under the spotlight.

Arctic Ocean could be source of greenhouse gas: study 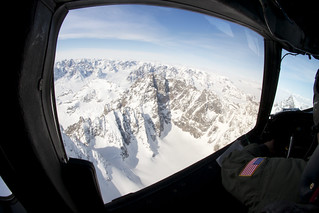 (Phys.org) — The fragile and rapidly changing Arctic region is home to large reservoirs of methane, a potent greenhouse gas. As Earth’s climate warms, the methane, frozen in reservoirs stored in Arctic tundra soils or marine sediments, is vulnerable to being released into the atmosphere, where it can add to global warming.

Now a multi-institutional study by Eric Kort of NASA’s Jet Propulsion Laboratory, Pasadena, Calif., has uncovered a surprising and potentially important new source of Arctic methane: the ocean itself….
Kort, a JPL postdoctoral scholar affiliated with the Keck Institute of Space Studies at the California Institute of Technology in Pasadena, led the analysis while he was a student at Harvard University, Cambridge, Mass.

During five HIPPO flights over the Arctic from 2009 to 2010, Kort’s team observed increased methane levels while flying at low altitudes over the remote Arctic Ocean, north of the Chukchi and Beaufort Seas.

The methane level was about one-half percent larger than normal background levels.

But where was the methane coming from?

The team detected no carbon monoxide in the atmosphere that would point to possible contributions from human combustion activities.

In addition, based on the time of year, location and nature of the emissions, it was extremely unlikely the methane was coming from high-latitude wetlands or geologic reservoirs.

By comparing locations of the enhanced methane levels with airborne measurements of carbon monoxide, water vapor and ozone, they pinpointed a source: the ocean surface, through cracks in Arctic sea ice and areas of partial sea ice cover.

More at Arctic Ocean could be source of greenhouse gas: study

I have to admit that as fascinating as this study is, it still leaves me feeling rather cold in a global warming kind of way, (sorry, I had to get that in).

I just wonder where we are heading next; what will the outcome of the next greenhouse effect be?

The greenhouse effect is creating situations on a worldwide level and it’s causing problems to every kind of living thing, from us humans (who are the architects of the problems) and animals, plant life, you name it and it’s having an impact. 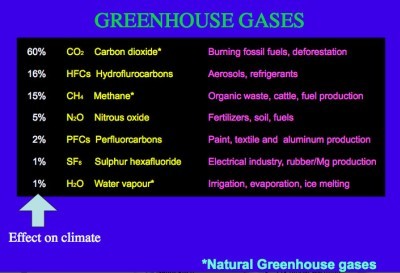 I hope you have found this article – Greenhouse Effect Arctic Ocean – informative, and you will share your own experiences below in the comment box and please take the time to click on the share button, many thanks; see more articles on The Daily Green Post home page.

go to the wiki page on Milankovitch cycles to get an idea of the gross inptus and feedbacks that affect global climate and also the uncertainties involved.What isn’t discussed is how the continent layout and ocean circulation restrictions appear to also have a role (these two factors affect how the heat is distributed around the world), as well as the effects of ice cover in solar reflection.One of the problems is that how the climate is controlled in actuality is really not all that well understood. In gross terms, there is a pretty good idea of the important factors. It is how these factors play together to produce climate variability that is the big question. Anthro warming proponents emphasize greenhouse effects as dominant over the short term. It isn’t clear that that is actually the case, but it is the essence of the argument that they present.I don’t think I would characterize the idea that recent global warming is mainly caused by man as either a fact or a fiction. It is one possible explanation, one possible interpretation of the available data in terms of a poorly understood and very complex system.Not mentioned in your case is whether antro global warming is necessarily a good or bad thing. That opens up a whole different set of questions. For example, it may be that in the absence of our (man’s) inptus to climate, things would have gone and would be going fairly rapidly in the other way, towards cooling, glacial expansion, and so forth (return to the ice age), and thus warming may actually be the lesser of two evils.I think it is very important to point out that the climate is not static. It does not stay the same for long. It will change to warmer or colder and tends to cycle back and forth, sometimes fairly severely. People that scream about the horrible warming tend to operate under the false premise that without man, there would have been no climate change. This is emphatically a false presumption.Not sure if that helps you or not.

Thanks for your input.
I found your opinions of much interest.
Michael

How could any of this be bteetr stated? It couldn’t.

Wow, fantastic blog layout! How long have you been blogging for? you make blogging look easy. The overall look of your web site is wonderful, let alone the content!. Thanks For Your article about Greenhouse Effect – Arctic Ocean? | Daily Green Post .

Nice post. I used to be checking constantly this weblog and I am inspired!

Very helpful information particularly the final phase :) I take care
of such info much. I was looking for this certain information
for a long time. Thank you and good luck.

Yeh, it is true that tons of methane is trapped inside that massive ice. With the melting of that ice, the air will be filled with considerable amount of methane. It can make the world more warmer resulting in more ice melting and more methane in the atmosphere.