Wherever you look these days, more and more evidence is coming to light regarding the plight of our planet due to the effects of  ‘Global Warming’.

I intend to highlight this topic as and when I discover new areas that are being affected by global warming.

Here is an interesting article below about the movements of fish in the Australian waters, if you would like to share your views on the subject, leave your comments at the bottom of this post.

Australian scientists said Friday there was now “striking evidence” of extensive southward migration of tropical fish and declines in other species due to climate change, in a major ocean report card.

Compiled by more than 80 of Australia’s leading marine experts for the government science body CSIRO, the snapshot of global warming’s effects on the island continent’s oceans warned of “significant impacts”.

“Climate change is already happening; widespread physical changes include rapid warming of the southeast and increasing flow of the east Australia current,” the report said.

“There is now striking evidence of extensive southward movements of tropical fish and plankton species in southeast Australia, declines in abundance of temperate species, and the first signs of the effect of ocean acidification on marine species with shells.”

The report described southeast Australia as a “global warming hotspot”, with the contraction south and strengthening of southern hemisphere winds causing the eastern current to become more intense and also warmer.

“A range of species including plankton, fish and invertebrates are now found further south because of the enhanced transport of larvae and juveniles in the stronger (current) and the high rate of regional warming,” it said.

Sea snakes were declining and warmer beaches were changing turtle breeding habits and seabird and marine mammal feeding and mating, it added.

Coral reefs had experienced increasing thermal bleaching in the past 30 years and that was projected to become more frequent and severe, “leading to chronic degradation of most coral reefs by the middle to late parts of the century.”

“Every second breath of oxygen we breathe is provided by marine plants.”

I bet you didn’t know that! 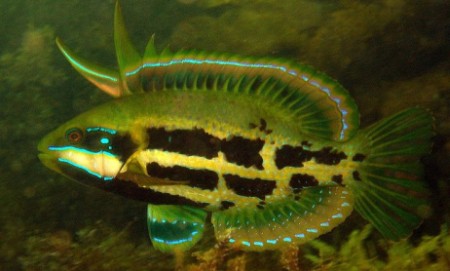 Staggering, isn’t amazing the things you learn when you are researching an article?

Many, many years ago I went for a vacation to the Great Barrier Reef, I never at that time gave a second thought to global warming and how it was causing such problems on a global scale.

If you enjoyed this ‘global warming news article’ – or at least found it of interest, perhaps you would leave your comments below or award it a like on Facebook; everything helps to get the word out.

that because elictricety is a fuel made somewhere else we have to examine how clean the source is to determine how clean the vehicle is. I find this a false argument for a number of reasons. We know that a gun or a knife is not suddenly bad because it was used by a person of criminal intent (rather than a person of culinary intent.) Neither is the car bad because someone may have used it to run another person over. So also an electric CAR is not suddenly bad because one person charges with photovoltaic cells and another charges from a coal fired power plant. The CAR stays the same. The CAR is not suddenly good or bad. The CAR never changes. But an electric motor is a radically different way of converting energy to motion than using an internal combustion engine (ICE.) It is not simply a change in style or design. It is not a slight mechanical modification. It is part of an entirely different energy to transportation system. It is entirely different than a petrochemical transportation system, (PTS.) Because the one common denominator is that it uses elictricety it is part of an ELECTRIFIED TRANSPORTATION SYSTEM, (ETS.)1 It may be another 10 years before some will be able to understand this concept. It would be as if we suddenly began to switch to telepathy instead of talking for a communication system. Currently parts of the ETS uses fossil fuels to create elictricety. The amount will vary in each country and within each country. The US use of coal to generate elictricety is now about 48.3% and dropping while the California use of coal is only about 16% and dropping.3 Power plants alone are more efficient than an ICE vehicle. The combination of the most polluting power plant and an electric car is far less polluting than a refinery and an ICE vehicle. It is a better system.2There is no way to test an electric vehicle to determine if there is a polluting power plant. Neither can you test your SUV to see if a Petrochemical Company murdered an oil minister that was not sympathetic. You can\’t test your SUV to see if a petrochemical company used a blow out valve that was suspect by the industry and a resulting oil spill caused the death of millions of creatures in the environment. A test is not possible because these things don\’t reside within the vehicle. You can\’t blame either your SUV or the ELECTRIC CAR for these things. It is the SYSTEM that might be a problem. You can either work to correct the system or switch systems but remember as an owner or operator you are also part of the SYSTEM.