Do you think Global Warming and rising sea levels will make any real difference to our planet?

I’ve come across two interesting articles on global warming and rising sea levels in the last few days; one from the National Geographic and the other from The Inquisitr.

They make for interesting reading, the first talks about rising sea levels and the second reports – Global Warming has paused: I’ve included links so you can read the full stories.

About five million years ago, sea levels rose by up to 70 feet (20 meters) as ice sheets in the South Pole began melting during past instances of global warming and rising sea levels.

Scientists have now concluded that about half of that sea-level rise was due to the thawing of a single, enormous ice sheet in East Antarctica that was once considered stable.

“We estimate from our study that the East Antarctic ice sheet contributed about 10 meters (33 feet) of sea-level rise,” said Carys Cook, a geochemist at Imperial College London in the U.K. and the first author of a new study that details the finding.

The research is published in this week’s issue of the journal Nature Geo-science.

Scientists had previously known that the ice sheet of West Antarctica had melted and that Greenland’s ice sheet did not yet exist between five to three million years ago, during a geological period called the Pliocene epoch.

But the melting of such a significant part of the East Antarctic ice sheet is a surprise.

Roughly the size of Australia, the East Antarctic ice sheet is the largest ice mass on Earth. Its size has fluctuated since its formation 34 million years ago, but scientists had previously thought it had stabilized around 14 million years ago.

But recently, Cook and her team analyzed mud samples gathered by drilling nearly 2.5 miles (4 kilometers) beneath the seafloor off the coast of Antarctica.

“The good thing about drilling offshore into sediments is you can look at climate several million years back in time,” said study co-author Trevor Williams, a geophysicist at Columbia University’s Lamont-Doherty Earth Observatory.

The mud that the scientists extracted carried a unique chemical fingerprint that allowed the scientists to trace where it came from on the continent.

But when the team analyzed mud from the Pliocene epoch, they found that it didn’t match sediments from the current coast of the ice sheet.

Why is it important?

Understanding glacial melt during the Pliocene could give scientists insight into how sea levels could rise as a result of current global warming.

What does this mean?

Cook and her team speculate that the melting of the East Antarctic ice sheet was caused in part by the fact that some of it rests in basins below sea level.

This puts the ice in direct contact with seawater, so when the ocean warmed during the Pliocene, the ice sheet became vulnerable to melting.

“Our work now shows that the East Antarctic ice sheet has been much more sensitive to climate change in the past than previously realized.
More on global warming and rising sea levels at…National Geographic 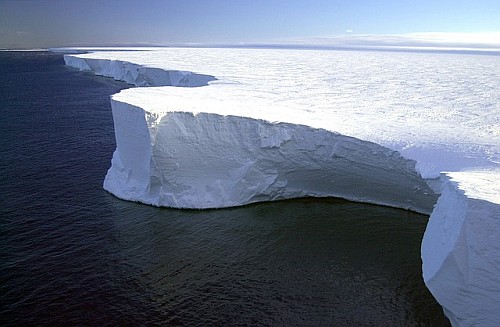 Scientists are now saying that global warming is on pause, but that doesn’t mean it’s not there.

According to Cleveland.com, researchers in Great Britain report there currently is a “pause” in the gradual increase of worldwide temperatures.

They say that the earth has been on pause for the past 15 years, and surface temperatures on the earth have not increased on average since the late 1990s, officials with the U.K’s meteorological office report.

The Independent stated the following:

“A scientific assessment of the planet’s heat balance has found that the most likely explanation for the recent hiatus in global warming is the continual absorption of thermal energy by the huge “heat sink” of the deep ocean many hundreds of meters below the sea surface, according to scientists from the Met Office.”

“It looks like the Earth is continuing to accumulate energy but it looks like it is being re-arranged and hidden from view,” he said.

So global warming is on pause, and not going away according to scientists.

More at… The Inquisitr

I hope you have found this article – Global Warming and Rising Sea Levels – informative, and you will share your own experiences below in the comment box and please take the time to click on the share button, many thanks; see more articles on The Daily Green Post home page.