I thought it was time to take a another look into the plight of the endangered species of our planet earth; while ploughing through a plethora of information on the subject, I found this interesting article on National Geographic’s website, which I think you will find of interest. 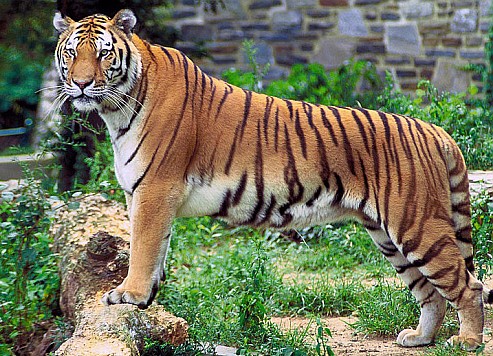 On the Brink of Extinction: A Closer Look at Endangered Species
Posted by Jordan Carlton Schaul of Wildlife SOS on April 5, 2013

Many naturalists and certainly most birding aficionados are well aware that the last passenger pigeon died in 1914 while in residence at the Cincinnati Zoo.

And I regretfully acknowledge that the last wild passenger pigeon was shot in 1900 in my home state of Ohio.

The Zoo’s passenger pigeon known as “Martha” was only presumed to be the last alive of her kind before the species was deemed to be extinct. But we haven’t seen any since.

Can you imagine looking at the last member of an entire species? 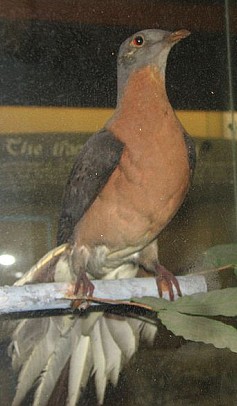 In many ways Martha’s saga characterizes the fate of other wildlife species in North America and certainly overseas and in the oceans.

Once again, I turned to my esteemed colleague Dr. Michael Hutchins, this time to discuss regulation and protection as it pertains to endangered species. Policy regarding imperiled wildlife is extensive and complicated, but usually founded on sound conservation science. Here is our 7th interview with Dr. Michael Hutchins:

The Endangered Species Act (ESA) of 1973 is the most important piece of legislation facilitating endangered species conservation in the U.S.

The Act is administered by two federal agencies, the United States Fish and Wildlife Service (USFWS) and the National Oceanic and Atmospheric Administration (NOAA).

The ESA was not the first attempt by the U.S. government to protect endangered species however, it has been the most effective.

Once a species is listed, the ESA mandates development of a recovery plan to increase the species’ population to a sustainable level.

In addition, powerful legal tools, including penalties and civil suit provisions, are available to aid the recovery of the species and the protection of its habitat.

Unfortunately, the illegal wildlife trade is much like the illegal drug trade—when the economic incentives are greater than the perceived risk of capture and punishment, then some people will break the law.

Often, despite the best efforts of regulators, there exists an underground trade in wildlife that is difficult to stop.

This is especially true in developing countries that often lack an effective regulatory infrastructure, or where corruption, or political and social chaos opens opportunities for poachers.

Wildlife tourism can also play a role.
Having tourists and guides in African national parks and equivalent reserves makes it difficult for poachers to operate without detection.

Jordan: Zoos have emerged as conservation breeding centers and as the former Director/William Conway Chair of Conservation and Science for the Association of Zoos and Aquariums you developed and advanced many of the breeding programs for endangered species in US zoos, programs that have been replicated around the world.

Can you talk about how these programs help save wildlife species of concern?

Michael: Although the ability of captive breeding programs to contribute to endangered species conservation is limited, there have been some important successes.

“Habitat conservation is still the most critical factor in determining the fate of threatened and endangered species.”

Jordan: What are, in your opinion, the five most significant threats to biodiversity in our contemporary world? Will the effects of climate change likely impact the classifications for many species in the near future in your opinion?

Michael: The major factors driving wildlife towards extinction vary from species to species and ecosystem to ecosystem.

In general, however, I would rank the following five factors as being the major drivers:

There are many other factors contributing to species endangerment (over-exploitation, emerging diseases, human-wildlife conflict), but in my opinion, the ones I have listed above are the top five.

Jordan: What are some important species that you fear may soon become extinct with or without more intensive management or other intervention?

Michael: There are many species that are already rare, have limited distribution, or that have rapidly declining populations, and thus could be considered at high risk of extinction.

Large carnivores, in particular, are having a very difficult time due to loss of habitat and conflict with humans.

Although they are doing comparatively well in India , there are only around 3,200 wild tigers left in the world.

African lion populations have been decreasing steadily; Kenyan wildlife officials recently suggested that, if current trends continue, the species may only persist for another two decades.

Elephants and rhinos are other large mammals that have recently been hammered by the illegal trade in wildlife.

The forest elephant has been particularly hard hit and may be headed toward extinction. It is estimated that over 60% of the extant population has been killed within the past decade.

The West African black rhino was recently declared extinct and rhinos throughout Africa have been experiencing heavy levels of poaching, thus placing them at greater risk.

Our shortened version of the endangered species international review was still quite a long read and as you can see there is a great deal to be concerned about in our world.

I hope you have found this article – Endangered Species International Review – informative, and you will share your own experiences below in the comment box and please take the time to click on the share button, many thanks; see more articles on The Daily Green Post home page.