These magnificent animals are slaughtered every day in the ivory trade 2013, for their tusks just to make souvenirs for tourists.

I personally think it’s absolutely sickening, I really can’t understand why people would buy these things knowing these amazing animals are doomed to extinction because of the ivory trade in poached elephant tusks…! 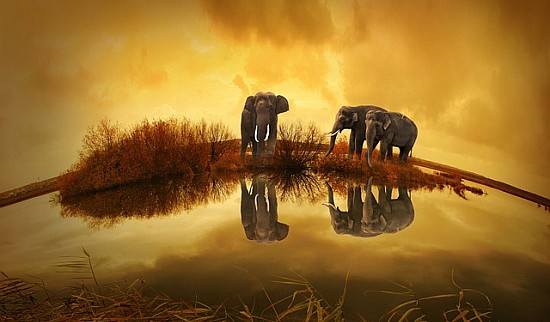 Below is an article from the World Wild Life fund you will find very sad reading:

In response to the dramatic rise in the number of elephants poached for their ivory, the 64th meeting of the Convention on International Trade in Endangered Species of Wild Fauna and Flora (CITES) Steering Committee in March mandated Thailand, along with seven other countries, to implement a time-bound action plan aimed at reducing illegal trade in ivory, and report back on progress or face possible trade restrictions.

Thailand’s ivory action plan, not yet public and expected to be submitted to the country’s Cabinet for approval this year, is required to specify activities to address the country’s ivory trade legislation and regulation, national and international law enforcement, outreach and public awareness.

“Prime Minister Shinawatra pledged at the opening of the CITES conference to end ivory trade in Thailand, seizing a key opportunity to combat global wildlife trafficking and address the elephant poaching crisis,” said Janpai Ongsiriwittaya, Illegal Wildlife Trade campaign leader in WWF-Thailand. “It’s critical the ivory action plan honours the Prime Minister’s commitment, and sets out the necessary legal reforms with a clear timeline to make it illegal to buy or sell ivory, needed to curtail the domestic sale of ivory in Thailand.”

Although it is against the law to bring ivory from African elephants into Thailand and to sell ivory from wild Asian elephants in Thailand, current law allows for ivory from domestic Thai elephants to be sold legally. As a result, massive quantities of African ivory can be laundered through Thai shops. To save Africa’s elephants it is essential that Thailand address this issue.

“Ending ivory trade in Thailand – currently the world’s largest unregulated ivory market – will go a long way in stemming a global poaching crisis that is leading to the slaughter of tens of thousands of elephants each year and fuelling a global criminal trade in animal parts,” said TRAFFIC’s Greater Mekong Programme Coordinator, Dr Naomi Doak. 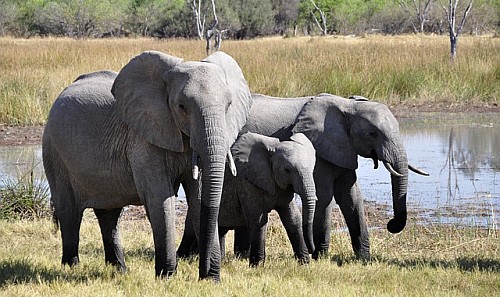 “Perhaps as few as 2,500 wild elephants are left in Thailand. That’s as many elephants as were wiped out each month in Africa in 2012,” added Ongsiriwittaya. “Thanks to the tireless efforts of rangers patrolling Kuiburi National Park, no elephants have been lost due to poaching since 2010. But demand for ivory is immense, so while it’s Africa’s elephants slaughtered today, it could be Thailand’s elephants tomorrow.”

Along with Thailand, China (and Hong Kong separately), Kenya, Malaysia, the Philippines, Uganda, Tanzania and Viet Nam submitted National Ivory Action Plans by the deadline of 15 May 2013 that had been set by the CITES Standing Committee during the recent meeting held in Bangkok. These eight countries are requested to take urgent measures to put their plans into practice before July 2014, when the CITES Standing Committee will review their implementation.

I hope you have found this article – Ivory Trade 2013 – informative, and you will share your own experiences below in the comment box and please take the time to click on the share button, many thanks; see more articles on The Daily Green Post home page.