Please read this article by the:  Zoological Society of London (ZSL) and IUCN, the International Union for Conservation of Nature.

I think it’s time we all became more aware of the plight of some of the species we share our planet with.

Endangered species 2012 – are they priceless or worthless? 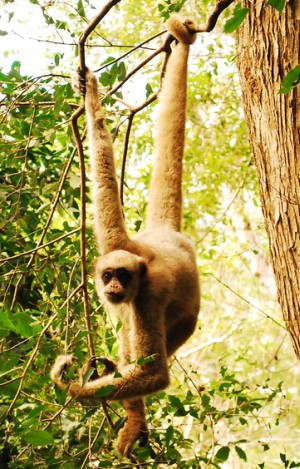 Tarzan’s chameleon, the spoon-billed sandpiper and the pygmy three-toed sloth have all topped a new list of the species closest to extinction released today by the Zoological Society of London (ZSL) and the International Union for Conservation of Nature (IUCN).

The list’s creation and publication has received the backing of HRH The Duke of Cambridge KG KT who said: “This book does not merely tell us which species are most endangered, it shows us how we can save them. It challenges us to commit to safeguarding our priceless natural heritage for future generations”.

For the first time ever, more than 8,000 scientists from the IUCN Species Survival Commission (IUCN SSC) have come together to identify 100 of the most threatened animals, plants and fungi on the planet. But conservationists fear they’ll be allowed to die out because none of these species provide humans with obvious benefits.

Professor Jonathan Baillie, ZSL’s Director of Conservation explains: “The donor community and conservation movement are leaning increasingly towards a ‘what can nature do for us’ approach, where species and wild habitats are valued and prioritised according to the services they provide for people. This has made it increasingly difficult for conservationists to protect the most threatened species on the planet.

While the utilitarian value of nature is important conservation goes beyond this. Do these species have a right to survive or do we have a right to drive them to extinction?”

The report, called Priceless or Worthless?, will be presented at the IUCN World Conservation Congress in South Korea this week, and hopes to push the conservation of ‘worthless’ creatures up the agenda that is set by NGOs from around the globe.

Co-author of the report, ZSL’s Ellen Butcher says: “All the species listed are unique and irreplaceable. If they vanish, no amount of money can bring them back. However, if we take immediate action we can give them a fighting chance for survival. But this requires society to support the moral and ethical position that all species have an inherent right to exist.”

Their declines have mainly been caused by humans, but in almost all cases scientists believe their extinction can still be avoided if conservation efforts are specifically focused. Conservation actions deliver results with many species such as Przewalski’s Horse (Equus ferus) and Humpback Whale (Megaptera novaeangliae) have being saved from extinction.

The 100 endangered species 2012, from 48 different countries are first in line to disappear completely if nothing is done to protect them.

The pygmy three-toed sloth (Bradypus pygmaeus) is one of the animals facing a bleak future. Escudo Island, 17km off the coast of Panama, is the only place in the world where these tiny sloths are found. At half the size of their mainland cousins, and weighing roughly the same as a newborn baby, pygmy sloths are the smallest and slowest sloths in the world and remain Critically Endangered. 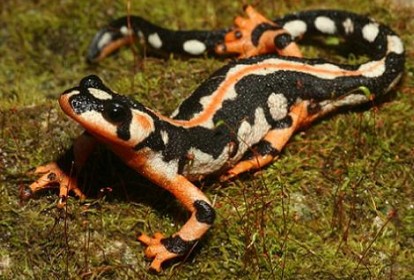 Similarly, the saola (Pseudoryx nghetinhensis) is one of the most threatened mammals in Southeast Asia. Known as the Asian unicorn because of its rarity, the population of these antelope may be down to few tens of individuals today.In the UK, a small area in Wales is the only place in the world where the brightly coloured willow blister (Cryptomyces maximus) is found. Populations of the spore-shooting fungi are currently in decline, and a single catastrophic event could cause their total destruction.Professor Baillie adds:“If we believe these species are priceless it is time for the conservation community, government and industry to step up to the plate and show future generations that we value all life.’’Whilst monetising nature remains a worthwhile necessity for conservationists, the wider value of species on the brink of extinction should not be disregarded, the report states.“All species have a value to nature and thus in turn to humans,” says Dr Simon Stuart, Chair IUCN Species Survival Commission. “Although the value of some species may not appear obvious at first, all species in fact contribute in their way to the healthy functioning of the planet.”ZSL and IUCN will be presenting ‘Priceless or Worthless?’ at the IUCN World Conservation Congress in Jeju, South Korea on 11th September 2012.

If you want to see the full report which I urge you to do so, go to www.zsl.org also if you would like to add any comments or thoughts on endangered species 2012, please leave them below and click the share button to help spread the word, many thanks.