I am spending time looking for good news stories at the moment, basically to try and cheer my self up.

Everywhere you look these days its doom and gloom and sadly, I do add to it on occasion, by having to highlight the plight of yet another poor animal that seems doomed to extinction.

So, in that vein of bringing some relief to the plight of the endangered species of our planet, please find some uplifting news below…

Mountain gorilla facts: their numbers have actually risen by 10%.

A Ugandan survey found that the population has risen from 786 in 2010 to 880 today, due to conservation efforts. (Less than 100 increase, but going in the right direction).

The world’s population of mountain gorillas has increased by more than 10% in two years, new census figures show. 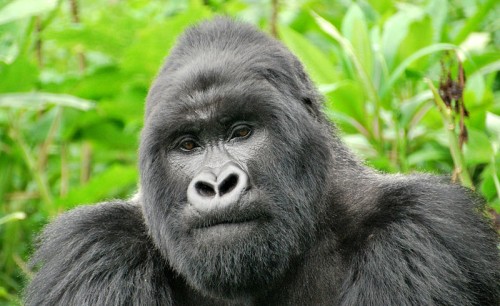 A survey carried out in Uganda’s Bwindi Impenetrable national park and released by the Ugandan Wildlife Authority has found that numbers of the critically endangered species, Gorilla beringei beringei, have risen from an estimated 786 in 2010 to 880 today (small numbers, but going in the right direction).Threats to the mountain gorilla – including war, habitat destruction and disease – were once thought to be so severe that the species could become extinct by the end of the 20th century, but the population has increased significantly in the last 30 years.Drew McVey, species programme manager at WWF-UK, who supported the census as part of the International Gorilla Conservation Programme, said he believed the latest increase was due to conservation efforts that had successfully engaged the local community. 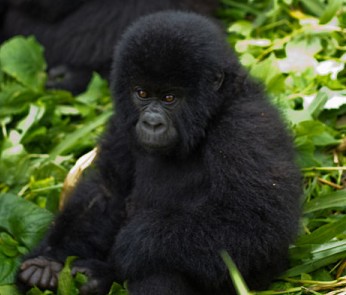 “Mountain gorillas have only survived because of conservation. Protected areas are better managed and resourced than they have ever been, and our work is a lot more cross-cutting to address threats – we don’t just work with the animals in the national parks, but also with the people.”

Mountain gorillas, a subspecies of the eastern lowland gorilla, live in mountain forests in only two locations in the world – Bwindi in south-west Uganda and the Virunga Massif, a range of extinct volcanoes that border the Democratic Republic of the Congo, Uganda and Rwanda.

According to the census report, there are more than 400 mountain gorillas in Bwindi, living in 36 distinct social groups, with 16 solitary males. Ten of these social groups are accustomed to human presence for either tourism or research. A 2010 survey counted 480 individuals in Virunga Massif.

“Gorillas are slow breeders,” McVey said. “And we’re quite impressed with how much the population has increased.”

“Gorillas have almost the same DNA as us, and humans can transmit anything from a common cold to ebola. Gorilla populations are incredibly fragile and sensitive to environmental change. There are only two populations, so disease could easily wipe out an entire population,” said McVey.

The number of mountain gorillas declined dramatically during the 1960s, stabilised during the 1970s and started to increase in the 1980s. Political instability and war prevented a complete census until 1989, when it was revealed that there were 620 individuals. 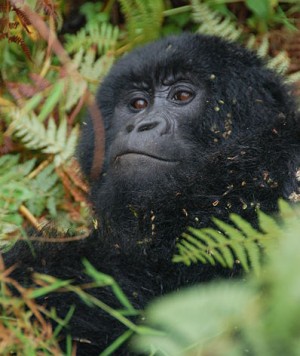 Since 1996, 140 Virunga rangers have been killed in the line of duty, including one in May.

“The amount of revenue and jobs that gorillas generate is so important for these areas that are so desperately poor,” McVey said. “People really see gorillas as important for the national and local economies, and a portion of this goes back to conservation efforts and the local community.”

But park authorities have been forced to suspend tourism again after fighting, and last month a Congolese rebel group accused of killings, mass rapes and other atrocities was found to be using the proceeds of gorilla treks to fund its insurgency.

Full aricle at… The Guardian.

Well I did say there was a little good news, but sadly that’s all it is – tiny in comparison to what is necessary to achieve real lasting change.

I hope you have found this article – Mountain Gorilla Facts – informative, and you will share your own experiences below in the comment box and please take the time to click on the share button, many thanks; see more articles on The Daily Green Post home page.