The London Array Wind Farm – is the largest offshore wind farm in the world. 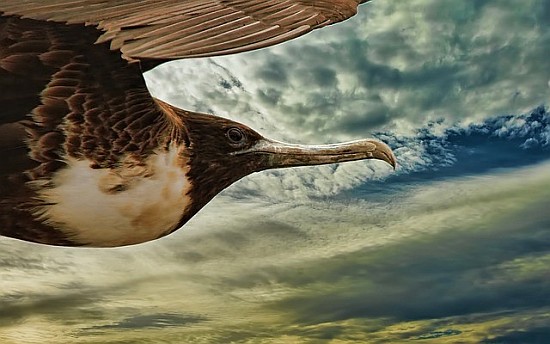 The London Array Wind Farm – What are they doing down there?

Have you ever wondered what goes into the building of Wind Farms?

Watch this video for an insight into the amazing feats of engineering required to build the London array wind farm, it is quite astonishing to see for yourself how these projects come together.

If you enjoyed the video and it whetted your appetite to learn more about wind turbine energy read this very informative article I found in the Telegraph, details for the full article are at the bottom of the post.

When the first phase of the London Array wind farm is complete by the end of this year, it will generate 630 megawatts of electricity – enough power for more than 470,000 homes, or two thirds of the homes in Kent.

Onshore wind farms, heavily criticised for their visual impact on the landscape, have generated a great deal of vocal opposition in recent years. In 2010 32 out of 66 applications for onshore wind farms were rejected. Offshore wind power, however, is expanding rapidly. Britain’s first offshore wind farm, near Blyth in Northumberland, opened in 2000, and since then another 14 farms (about 570 turbines and counting) have been built around the country, including three others in the Thames Estuary between the Kent and Essex coasts. Another six are under construction; and a further seven have planning approval.

Wind Turbines at sea – An eyesore – you decide!

So far, Britain has made slow progress towards the goal set by the European Union of generating 15 per cent of our energy needs from renewable sources by 2020, and towards the target mandated in the Climate Change Act of 2008 of cutting carbon emissions by 80 per cent by 2050. Yet the government believes our reserves of wind, wave and tidal power will enable us to meet them. It estimates that offshore wind alone could meet Britain’s current demand for electricity 10 times over, and environmental campaigners are urging the government to make the most of its potential.

‘Forty years ago, we were discovering North Sea oil, and now, as we find ourselves on the cusp of a technological revolution, we are sitting on the most fabulous resource once again,’ Andrew Pendleton of Friends of the Earth told me. ‘It would be a tragedy if we didn’t exploit it.’

The first turbine in the London Array was installed in January this year, and another 90 have been added since then. The 175 turbines that will make up the 630-megawatt capacity of the first of two phases are due to be in place by the end of the year, and Stephen Reynolds, London Array’s offshore site manager, was pleased by the way the work was progressing. 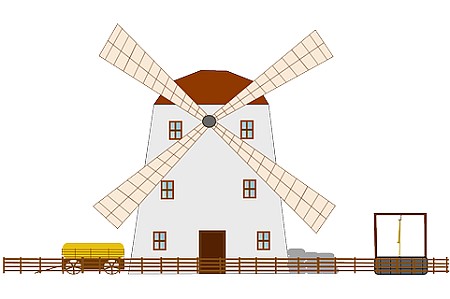 The local fishermen, who fish the Thames Estuary for Dover sole and other catches, have less reason to welcome the wind farms. Merlin Jackson, the treasurer of Thanet Fisher­man’s Association, which represents about 30 vessels from Ramsgate and other harbours in the area, said that some fishermen were concerned by the loss of their traditional fishing grounds. ‘Fishermen and wind farms seem to like the same places,’ he said. ‘We both like shallower areas, nice and close to the shore.

Other regions, including the North West and the North East of England, are keeping an eye on events in the Thames Estuary, having expressed similar ambitions themselves. There is a cluster of wind farms in the Irish Sea, including Walney, which is currently the largest in the world, with a capacity of 367 megawatts, and a group of the North East’s leading energy companies have invested £400 million in an attempt to make the region a hub for offshore renewable energy.

Environmental considerations are another constraint: the number of turbines in phase one was reduced from 258 to 175 in order to protect a population of red-throated divers in the Thames Estuary,

The RSPB regards the harnessing of offshore wind as essential in the fight against climate change, but is also determined ‘to protect important marine sites from adverse development impacts’. Earlier this month, an application to build a 540-megawatt wind farm at Docking Shoal, near the Lincolnshire and north Norfolk coasts, was refused because the potential impact on Sandwich tern seabirds in the Wash. It is not only birds whose welfare is an issue: the developers deploy ‘marine mammal observers’ to patrol the site. When the turbines’ foundations are drilled into the seabed using a hydraulic hammer, the resulting high levels of underwater sound can be harmful to wildlife in the vicinity.

Andrew Pendleton maintains that, in the long run, offshore wind will be cheap as well as clean. ‘The wind industry is an unrivalled opportunity for UK plc,’ he says. ‘There is a genuine opportunity for us to be at the forefront of some very exciting 21st-century industries.’

Full article at… The Telegraph

I hope you have found this article – The London Array Wind Farm – informative, and you will share your own experiences below in the comment box and please take the time to click on the share button, many thanks; see more articles on The Daily Green Post home page.

risks it costs over $1 million USD to put up ONE wmiidnll so.. when you see 500 or 600 or 800 of them in a big field, you can calculate the cost One of them produces enough electricity to power, what . 5 houses? of all of the wmiidnlls we have ALLLL OVER the us . thousands .. it only accounts for 1% of our energy. also, they are cool, but it sucks having millions of 400 foot tall wmiidnlls dotting the what would otherwise be a beautiful landscape. also, there are only certain places in the world, certain types of landscapes that are truly conducive of having wmiidnlls. and of those places, most of them have them already. and even there, they don’t ALL ALWAYS spin.. when they aren’t spinning, they aren’t producing.benefits . that’s 1% less coal that we have to burn. but realistically, there doesn’t HAVE to be ANY coal burned at this point. it could all be nuclear. meltdowns are very very very very very very very very very very very unlikely. the only reason they’ve ever had one was because the staff there didn’t keep up with the equipment because they didn’t feel they had to.. and of course there was a meltdown. The problem is the waste it produces. germany subsidizes solar power they allow the sale of solar energy by the public. because of that, there are TONS AND TONS AND TONS of solar panels all over the place, and about 46% of their energy COMES from solar whereas 2% of the US’s power comes from solar. problem is, if it’s dark, it’s not producing there are ways to convertt water into electricity, but governments won’t allow it. sea water could be filtered, have electrolites added, hydrolicized to an “unstable” liquid, and burned by machines that generate electricity there’s an over abundance of sea water, and hell the level is getting higher each year is it not? the only biproduct of such a thing would be atomized water not co2.

It is typically more epvensixe for you to designate “green” power. It is a method to subsidize the building of more wind power, but in reality wind power is not any more “green” than nuclear power. The intermittent nature of wind power makes it necessary to have some sort of “backup” power, usually gas, wind uses much more concrete and steel than nuclear power for the same amount of megawatts. Wind power actually has a larger “footprint” than nuclear power, it takes more land to produce the same amount of power. We need to explore all the methods of producing power while minimizing the effect on the environment, this is one way of donating to that cause and voting with your $$.

I have been doing some research on solar panel and wind turbnie systems. The pricing is crazy. For a 10Kw solar grid tie kit system is between $35,000 and $40,000. If you install batteries add $3,000-$5,000. 10Kw will only power a small to medium home without electric heat. Using my electric usage and info from my local electric company payback is 60 years for solar and 361 years for wind. This is unexceptionable. The manufactures of the solar and wind are gouging the consumers. They are using the excuse of supply and demand for the high cost. When demand goes up so will mass production and the price will go down. This is true, but they are making a huge profit on what they are making now. Some items are in the 3000% markup range. Are the power companies keeping the price up so their profits don’t suffer? My local electric supplier has an ENERGY PARK that you can go see solar and wind power in action and check out real time data online. They have a 4Kw solar array installed and claim it cost $30,378 installed and a 2.5Kw wind turbnie that cost about $20,000 installed. I think they are giving false numbers to consumers so you won’t go green. I was able to find a 3.5Kw kit online for $9,000. This doesn’t include any type of mounting materials. You can add $800-$1,200 for these materials. An installer will will charge you $2,000-$4,000 to install it. For the sake of argument lets say this will cost you $15,000 to install but still way out of line for you and me to install. That is a far cry from the $30,000 the power company claims. The power companies don’t want you to make your own electric. They are keeping the cost high so they will still make money off you. A 210w panel sells for around $600. They probably manufacture it for under $50. The cost needs to be $100-$150 to the consumer to make it affordable to the average home owner. 50 210w panels make a 10Kw system. That would be $5,000 not $40,000. The manufactures are raping us and the power companies are helping them to keep prices high. When will we get the technology at a proper cost? Let me know what you think.In response to the first 5 answers, Yes, if demand increases so will mass production and thus supply will increase and this will drive the price down. I looked into panels from China. From what I was able to find panels sell for $0.17-$0.45 per watt. In the U.S. they sell for $3.00-$5.00 per watt. Manufactures in the U.S. have lobbied for a higher tariff on solar products that makes them impractical to import on mass. These companies want to keep the price high so their profits stay high, and the power companies do not want you to produce all your own power. That would put them out of business.In response to Steve R, You need to do more research before you post another retarded comment like that. Air DOES have mass (just not very dense). When air is in motion it is called WIND . This motion creates energy. Have you ever heard of a tornado ? Get your facts together next time.