2012 London Olympics Sustainability – Is it possible to have an Eco-Friendly Olympic Games?

Can you possibly imagine the logistics of managing, The 2012 London Olympics sustainability footprint and all that it entails, I would very much doubt if many of us would have the slightest inkling of the problems involved.

Did you know, there are over 10,000 toilets alone that need managing?

Not my line of work but somebody has to take it seriously and be prepared to take on the responsibility; thank heavens these people exist. 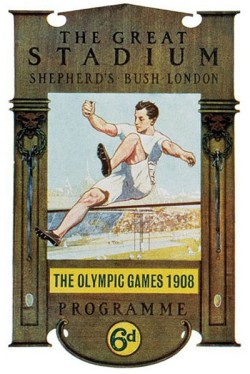 I found an interesting article you might find enlightening, see below.

Can You Really Build a Sustainable Olympics?

From the beginning, Olympic game’s have left behind physical traces, whether in the form of the ruins at Olympia in Greece or, in modern times, in host cities dotting the world.

Stadiums, stands and podiums often stay in place long after the last competitor has left the locker room.

Mark McDonald recently reported on the unused and dilapidated Chinese venues, which, just four years ago, during the 2008 Beijing summer games, seemed so shiny.

Embarrassingly, the organizers of the Montreal summer games in 1976 didn’t finish construction on some of the venues until well after the athletic competitions were over.

The ultimate sustainable architectural mark of the Games, may be: not leaving a mark at all! 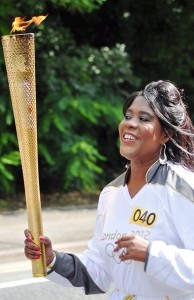 The 2012 London Games, which has made sustainability one of its watchwords, is focused on reducing the lasting imprint of the venues that house the events.

“The London 2012 venues have been designed to be as sustainable as possible, and where there was no need for permanent facility we have built temporary venues with materials that can be recycled and hired parts that can be reused,” wrote an Olympic Delivery Authority spokesman in an email.

The top half of the main Olympic stadium — the games’ showpiece — is temporary.

The crown and 55,000 seats can be shed after it is done hosting the Olympic and the Paralympic Games.

There’s an undeniable tone of pride when organizers say that the 2012 Olympic stadium is built using just one third the amount of steel used in construction of the iconic Beijing bird’s nest of 2008. 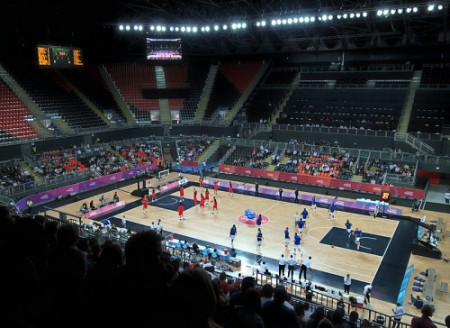 Here something else you might find of interest on the subject, from The Guardian UK.

Leaner, greener and cleaner could be London 2012’s motto as sustainability and ecology are pushed to the forefront

As befits someone who began his career as an ecologist studying tortoises, David Stubbs is a patient man.

Sitting beneath a bleaching sun in the European flower garden of the Olympic park, he does not look like an individual with the disposal of 8,500 tonnes of rubbish on his mind, or, come to that, like one struggling with the ecological implications of the site’s 10,000 temporary loos.

However, as Locog’s head of sustainability, he has been pondering such matters for the past eight years, and is all too aware of the scale of the task. “We seem to be dealing in the tens of thousands for all sorts of things here: the scale of this operation is enormous,” he says.

To help it cope, Locog is employing 100,000 contractors to deal with waste, cleaning and catering. “It’s glib to say it’s the largest logistical exercise in peace-time, but it really is,” he adds.

“You’re dealing with 205 nations competing; that’s more than there are United Nations members; you’ve got 10,500 athletes; double that number of media; a workforce of 200,000; 11m ticket spectators plus all the broadcast interests and sponsors, so it’s a massive undertaking. On food alone, it’s 14m meals.”

The key to the Olympic disposal and recycling lies in the 4,000 or so colour-coded bins that dot the park – and, later in the Barking waste-sorting site where it will all be processed.

“The bins are very striking and are hard to miss,” he says. “We’re hoping that people will just take half a second to read the labels on them and realise that the orange mark on their cup or plate actually represents the orange of the compostable stream and that goes in there with the food waste and then the bottles and any dry paper go in the recycling bin.”

Once the bins are full, the colour-coded sacks are taken to a “materials recovery facility” in Barking which is the dedicated destination for all London 2012’s Games-time waste.

Although he concedes that no two host cities are the same, Stubbs hopes that many of the technological approaches and sustainable philosophies that have underpinned London 2012 will help the organisers of future Games.

That may explain why he is so oddly enthusiastic about what happens when the Games finally end.

…. More at London Olympic Park’s 10,000 toilets and one unique challenge

I don’t think I would envy David Stubbs, the head of sustainability at Locoq his job of managing the operation, I hope he is being well paid.

And to finish off:

I wish everybody involved in the 2012 London Olympics sustainability project all the luck in the world, I think they will need it; any comments please leave below, many thanks for taking the time to read this post.

I hope you have found this article – 2012 London Olympics Sustainability – informative, and you will share your own experiences below in the comment box and please take the time to click on the share button, many thanks; see more articles on The Daily Green Post home page.