It is always good to see organizations showing initiative by highlighting and giving awards for the good work that can sometimes go by almost unnoticed: here is a report from the Mother Nature Network for the Global Green Awards 2012. 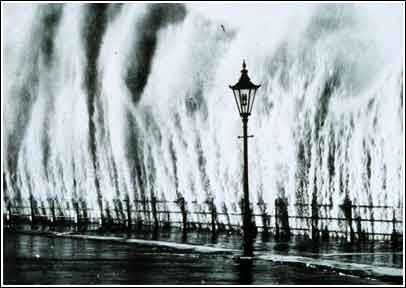 In addition to saluting some truly exceptional work and raising precious moola, the Sustainable Design Awards also provided Global Green’s fearless leader Matt Petersen with a venue in which to announce a big new project.

At last year’s event in which Sprint, Starbucks, and Adrian Grenier were among the honorees (no Entertainment Design Award this year, eh?), the organization launched NOLA Wise, a comprehensive home weatherization program that joined one of several Global Green-managed rebuilding/revitalization efforts in New Orleans. This year, Global Green formally announced a scheme focused on rebuilding efforts in neighborhoods throughout New York and New Jersey that were hard hit by Superstorm Sandy.

Under the leadership of Petersen, Global Green has been instrumental in the green rebuilding efforts in a ravaged, post-Hurricane Katrina New Orleans.

The organization hopes to build on its experiences in New Orleans and have a similar impact in the areas most devastated by Sandy.

Solar for Sandy: A partnership program with photovoltaic manufacturers, installers, and others to provide back-up solar systems for community centers, women’s shelters, and schools in hard-hit neighborhoods.

The Search for Citizen Sandy: An open call for Citizen Entrepreneur Challenge: Citizen Sandy, a program in which individuals are invited to submit their post-Sandy green rebuilding ideas. The winning idea is provided with $1,000 in seed funding and technical expertise from Global Green. More about the program and nomination process can be found here.

Greening Schools and Neighborhoods: “Taking our leadership and expertise to the planning level to look at infrastructure and how neighborhoods can come back stronger than ever with a call for proposals — funded by EPA — from devastated cities and boroughs.

In addition to aiding communities struggling to rebuild after Sandy, Global Green’s motivation is centered around protecting areas affected by rising sea levels brought on by climate change.

“An estimated 150 million Americans live in or near coastal cities and we must also address the urgent need to fight climate change and better protect coastal cities at risk from sea level rise, which worsens storm surge in severe weather events.

Just in case you have forgotten just how severe ‘Hurricane Sandy’ was; see this video below, quite incredible!

I hope you have found this article – Global Green Awards – informative, and you will share your own experiences below in the comment box and please take the time to click on the share button, many thanks; see more articles on The Daily Green Post home page.