Relations between the USA and China are already fragile with various disputes such as, rare earth minerals and the auto-industry raging on and now we have solar panels entering the arena (This news is over 12 months old but has anything changed?) 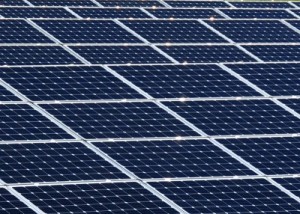 Now, we see a rise in tensions with the problems associated with solar panels. There are even suggestions that China will retaliate through the – World Trade Organization.

WASHINGTON — The Obama administration ordered tariffs of 31% and higher on solar panels imported from China, escalating a simmering trade dispute with China over a case that has sharply divided American interests in the growing clean-energy industry. 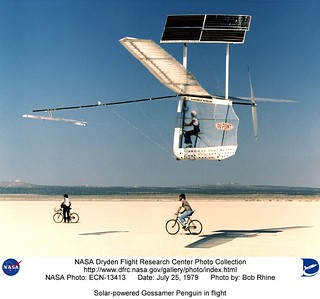 The Commerce Department announced the stiff duties Thursday after making a preliminary finding that Chinese solar panel manufacturers “dumped” their goods — that is, sold them at below fair-market value.

The widely anticipated ruling, if affirmed by U.S. trade officials this fall, is expected to have significant implications for both the global production of solar cells, now largely in China, and the growth of the solar energy industry in the U.S., which employs about 100,000 people in manufacturing, installation and services.

More than 60 Chinese firms, face a 31% duty on their exports to the U.S., retroactive to shipments made in February. All other Chinese exporters of solar cells will be hit with a tariff of 250%.

In just a few years, China has grabbed about half the U.S. market for solar panels.

The tariffs are more than what many industry executives and analysts were expecting.

They are on top of the Commerce Department’s duties of 2.9% to 4.7% imposed in March on Chinese solar panel imports for illegal subsidies.

Thursday’s announcement elicited immediate praise from U.S. solar panel manufacturers, who called the ruling an important victory for American jobs and the future of one of the country’s important renewable energy industries.

“The verdict is in,” said Gordon Brinser, president of SolarWorld Industries America in Hillsboro, Ore., which filed the original complaint in October that brought the Commerce Department investigation. “Commerce has now confirmed that Chinese manufacturers are guilty of illegally dumping solar cells and panels in the U.S. market.”

The cost of outfitting a typical home today with solar panels runs about $20,000 — half of what it did two to three years ago. Customers also benefit from a 30% tax credit until 2016. That doesn’t give the solar industry much time to become cost competitive with electric power, he said.

The tariffs would apply to Chinese-made solar cells, regardless of where the panels are made. Chinese solar energy companies could avoid the tariffs by shifting production of solar cells to nearby countries, then bringing those cells to China for assembly into panels.

Thursday’s action is one of the strongest by the Obama administration in addressing complaints of unfair Chinese trade and economic practices — an area that has made Obama a target of criticism from Republicans who say he’s too soft.

Earlier this year, Obama established a new trade enforcement unit to crack down on violators, specifically naming China as a potential target, as part of an overall strategy to boost domestic manufacturing, exports and jobs.

Robert Atkinson, president of the Information Technology and Innovation Foundation, a nonpartisan Washington think tank, said that even if the U.S. solar energy industry loses some workers in the short run, it’s important to apply measures to ensure fair competition for the long haul.

Of about 100,000 people employed in the industry last year, a little more than half were involved in solar installation, about one-fourth worked in manufacturing and the rest in sales and distribution, according to a Solar Foundation study….

Solar panels are extremely important for the welfare of our planet and our continued search for renewable energy sources, I hope greed and corruption doesn’t spoil our quest to improve the environment for future generations to come.

I hope you have found this article – Solar Panels – USA Chinese dispute – informative, and you will share your own experiences below in the comment box and please take the time to click on the share button, many thanks; see more articles on The Daily Green Post home page.

energy from solar panels can be sertod in batteries for when there is little sun light. its very expensive to install, maybe 8 grand upwards for home systems, hence its usually just used for heating up water etc.. but average *home* system can take on maybe up to 40% of that household’s annual electricity useage.. it is rather expensive per square metre to buy as silicon is not so readily available to make it cheap.. but once its up there it doesnt need much maintenance except to clean it, etc.wind turbines are expensive to install but once up, not much maintanence is needed, checked up maybe every few years.. the energy can be sertod in batteries when there is no wind present.so, i guess its def not answer B and C.edit: wind and sunlight is free so it isnt expensive to *use*