Wales has decided to lead the way with in Green travel, with a bill to make it mandatory to provide routes for walkers and cyclists. 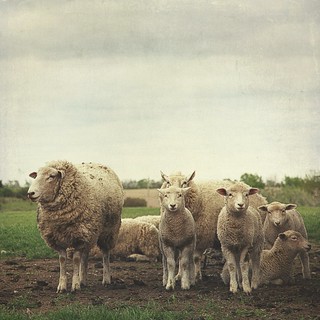 “LOOK at that my little lambs, there’s a site for sore eyes: Humans on foot, here in the welsh valleys.”
“What will they think of next?”
Image by Robb North via Flickr

A white paper proposes making it compulsory for local authorities to provide safe and integrated routes for walking and cycling.

Wales is set to become the first country in the world to make it compulsory for local authorities to provide safe and integrated routes for walking and cycling as part of an ambitious plan to boost green travel and end the hegemony of the car.

A white paper launched on Wednesday morning by the Labour-led government in Cardiff will oblige Welsh councils and other authorities to identify, plan and implement walking and cycling routes, and how they can be integrated. The hope is that creating a network of safe routes will tempt people out of their vehicles.

The Welsh administration hopes the active travel (Wales) bill, if passed, will sweep aside such stagnation and deliver a change to the nation’s entire transport culture. The bill is “aimed at tackling some of the major barriers that are preventing more people from walking and cycling”, said the Welsh minister for local government, Carl Sargeant.

“This bill is not a short-term quick fix,” he said. “This is aiming to shift attitudes and change minds so that we all think about travel in a different way.”

“This is a groundbreaking move by the Welsh government that will help people get around more safely, cheaply and healthily,” said Malcolm Shepherd, the Sustrans chief executive. “People all over the UK want to cycle and walk more for everyday journeys but are held back by safety concerns. Walking and cycling are the answers to the UK’s rocketing fuel bill and expanding waistline but getting around actively must be made safer and easier across the country.”

A series of campaigns on the issue of travel in the UK, remains dominated by the car, to the detriment of the nation’s health and the environment.

According to NHS figures just 40% of men and fewer than 30% of women meet the government target of being “moderately active” for at least 2.5 hours per week.

Despite a recent increase in the popularity of cycling, only about 2% of journeys in the UK are made by bike, compared with 27% in the Netherlands.

A long-term study by Lancaster University academics last year concluded that mass cycling in Britain was extremely unlikely without investment in a joined-up network of segregated bike paths, as most people see the pursuit as too dangerous. Government efforts to get people on bikes had so far had almost no impact, it found.National cycling campaign group the CTC said the idea of the Welsh bill was excellent but it did not guarantee a transport revolution.  However, the principle is excellent.”

…More at Wales gets tough over green travel

I must say whenever I’ve visited Wales, it has always seemed to be the perfect green environment, but I must admit most of my visits have been to the North of Wales: Snowdonia, the valleys and other similar unspoilt areas I expect I must have been very lucky on my travels to Wales, because the majority of places I’ve visited in Wales, seemed to be the perfect picture postcard of green travel.

I hope you have found this article – Compulsory Green Travel, Wales – informative, and you will share your own experiences below in the comment box and please take the time to click on the share button, many thanks; see more articles on The Daily Green Post home page.