Questions posed by two of her biggest overseas investors… 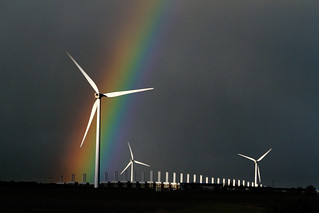 Two large overseas investors in the UK energy market have joined the chorus of criticism of the government’s new energy bill.

The German-based E.ON, one of the big six electricity providers in Britain, said national subsidy schemes for renewable’s such as Britain’s contracts for difference had helped “bust” key European carbon reduction initiatives.

And Norway’s Statkraft, said on Wednesday it would not be able to press the button on a giant £30bn offshore wind farm on the Dogger Bank until ongoing “uncertainty” was lifted.

Speaking at a climate change symposium in Svalbard, Norway, E.ON’s chief executive, Johannes Teyssen, said: “We started the ETS [emissions trading system] with a lot of noise but we never took care of it. National policies took over and the ETS is bust.” He pointed to Britain’s “contracts for difference” scheme introduced by the energy bill as an example of how national governments were going their own way.

Germany last year produced more electricity from renewable power sources than ever before – 20% of the total. “But guess what?” Teyssen said. “How much less was the CO2 output? It was 6m tonnes more because of all the coal being burned as the 80% got dirtier and dirtier.” 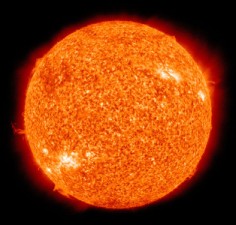 Teyssen said the way forward was for the EU to set clear goals for carbon reduction 50% by 2050 and then work backwards down to goals for next year. The ETS should then be reinvigorated by auctioning off carbon certificates designed to achieve those goals.

Hans van Steen, head of renewable energy regulation at the European commission, said he did not accept the ETS was “bust”, but admitted at the same symposium that “something needs to be done”.

Statkraft is putting the final touches to its £1.2bn Sheringham Shoal facility off the coast of Norfolk.

But the giant Dogger Bank project will be the real test of whether Britain can proceed with the deep water Round 3 projects. With 9,000 megawatts of power planned, it would produce more than double the output of Britain’s biggest power station Drax….

More at Overseas investors join in criticism of bill

Renewable energy is one of the most important topics our our time and yet it seems impossible to get any sort of global agreement on how to tackle it, for the good of all.

I hope you have found this article – Renewable Energy Bill – informative, and you will share your own experiences below in the comment box and please take the time to click on the share button, many thanks; see more articles on The Daily Green Post home page.

Nothing ever really changes; where big money is involved greed and corruption will always have the biggest say!