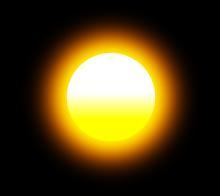 What is the science behind solar energy?

There are more and more emerging innovations in the realm of solar energy; but how many of us know, what is the science behind solar energy?

In this article we will explore the various ideas and technologies that are in use. 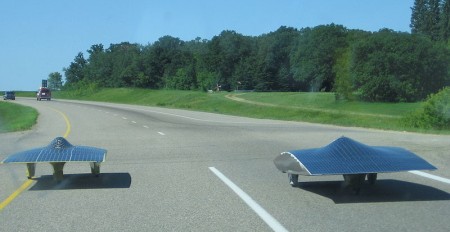 Through the centuries, scientists have found innovative ways to harness the power of the sun — from magnifying glasses to steam engines. Converting more solar power into electricity is high on the political agenda in many countries, amid the push to find domestic energy sources that are less polluting than fossil fuels.

Solar is growing quickly in the United States. According to the Solar Energy Industries Association, more solar was installed in the third quarter of 2011 than in all of 2009 combined.

Assisted by technological innovation and years of government subsidies, the cost of solar power — and wind power — has fallen sharply, so much so that the two industries say that they can sometimes deliver cleaner electricity at prices competitive with power made from fossil fuels.

At the same time, solar and wind power companies are telling Congress that they cannot be truly competitive and keep creating jobs without a few more years of government support.

Solar and wind companies argue that the tax breaks they are seeking are different. The tax credits can be taken only by businesses that are already up and running, so taxpayers are less likely to be stuck subsidizing a failing company, proponents say.

Without the new breaks, industry executives warn, they will be forced to scale back production and eliminate jobs in a still-weak economy.

President Obama, who has been a steadfast supporter of clean-energy programs, has already begun making a case for new government investment in clean energy projects as a way to foster both energy independence and employment at a time when Capitol Hill evaluates new laws in terms of job creation as well as budget cost or savings.

CIRES assembled a panel of the top minds in the field of renewable energy at the 2012 American Association for the Advancement of Science (AAAS) annual meeting. The panelists discuss recent scientific studies, new technologies, new oppertunities, and global strategies that help to further the industry of renewable energy.

How do Photovoltaics Work?

by Gil Knier (courtesy of NASA)

Photovoltaics is the direct conversion of light into electricity at the atomic level. Some materials exhibit a property known as the photoelectric effect that causes them to absorb photons of light and release electrons. When these free electrons are captured, an electric current results that can be used as electricity.

The photoelectric effect was first noted by a French physicist, Edmund Bequerel, in1839, who found that certain materials would produce small amounts of electric current when exposed to light. In 1905, Albert Einstein described the nature of light and the photoelectric effect on which photovoltaic technology is based, for which he later won a Nobel prize in physics. The first photovoltaic module was built by Bell Laboratories in 1954. It was billed as a solar battery and was mostly just a curiosity as it was too expensive to gain widespread use. In the 1960s, the space industry began to make the first serious use of the technology to provide power aboard spacecraft. Through the space programs, the technology advanced, its reliability was established, and the cost began to decline. During the energy crisis in the 1970s, photovoltaic technology gained recognition as a source of power for non-space applications.

The diagram above illustrates the operation of a basic photovoltaic cell, also called a solar cell. Solar cells are made of the same kinds of semiconductor materials, such as silicon, used in the microelectronics industry. For solar cells, a thin semiconductor wafer is specially treated to form an electric field, positive on one side and negative on the other. When light energy strikes the solar cell, electrons are knocked loose from the atoms in the semiconductor material. If electrical conductors are attached to the positive and negative sides, forming an electrical circuit, the electrons can be captured in the form of an electric current — that is, electricity. This electricity can then be used to power a load, such as a light or a tool.

A number of solar cells electrically connected to each other and mounted in a support structure or frame is called a photovoltaic module. Modules are designed to supply electricity at a certain voltage, such as a common 12 volts system. The current produced is directly dependent on how much light strikes the module. 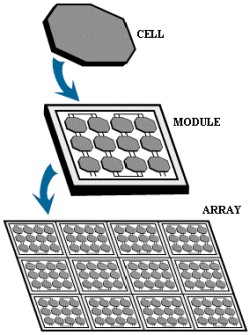 Multiple modules can be wired together to form an array. In general, the larger the area of a module or array, the more electricity that will be produced. Photovoltaic modules and arrays produce direct-current (dc) electricity. They can be connected in both series and parallel electrical arrangements to produce any required voltage and current combination.

More at… How do Photovoltaics Work?

I hope you have found this article – The science behind solar energy – informative, and you will share your own experiences below in the comment box and please take the time to click on the share button, many thanks; see more articles on The Daily Green Post home page.

Fairly good summation on solar energy. What many people still don’t know is that solar power is very affordable now. It’s much cheaper than conventional energy over the long term.