On a personal note, I have found the 2012 London Olympic Games an absolute pleasure to watch. 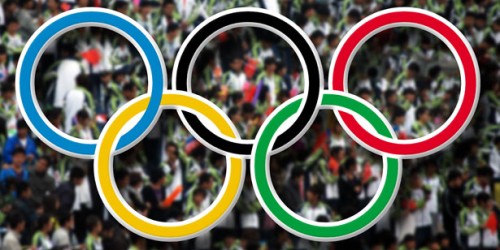 The whole world coming together to witness awe-inspiring feats from the finest athletes, from most of the nations on our planet.

I actually forgot for a few weeks the problems that exist in our daily life.

The news programs being positive about events in our world instead of the daily grind of doom and gloom.

It’s so refreshing to see what can be accomplished when people of all nations work together!

Below is an article from H.M. Government Olympic Communication Newsroom:

12 reasons why London 2012 has been a GREAT Olympic Games

A Torch Relay which touched and inspired the whole country, with more than 14.6 million people seeing the Olympic Flame on its journey across every nation and region of the UK, passing within easy reach of 95% of the population.

Team GB’s most successful Games in more than a century, finishing third in the medal table and exceeding the target of winning more medals in more sports than in Beijing, breaking four World Records in the process. Highlights included: the greatest 45mins in our athletics history thanks to Jessica Ennis, Mo Farah and Greg Rutherford; Sir Chris Hoy becoming the most successful British Olympian ever with 6 gold medals; Team GB’s first 2 medals in Taekwondo courtesy of Jade Jones and Lutalo Muhammad; and Nicola Adams becoming the first woman ever to win boxing gold.

Some of the most iconic moments in Olympic history, including: Usain Bolt’s “double triple” – retaining his 100m, 200m and 4x100m titles; Michael Phelps becoming the most decorated Olympian ever with 22 medals (18 gold); David Rudisha becoming the first athlete to run the 800m inside 1m 41s; and Mo Farah winning double Olympic gold at his home Games in the 5,000m and 10,000m.

Record numbers of TV viewers. With a global potential reach of 4.8bn, up to 1 billion people worldwide watched the opening ceremony alone, with an average UK audience of 22.4 million, the biggest BBC One audience since the 1996 Christmas edition of Only Fools and Horses. The International Olympic Committee said that almost nine out of 10 people in the UK have watched some coverage of the London 2012 Games.

Breaking new ground for sporting equality, with London 2012 being the first Olympic Games where every single country had female athletes competing. Meanwhile, women’s boxing became an Olympic sport for the first time and more than 80,000 spectators watched the women’s football final at Wembley, a record breaking crowd for a women’s fixture.

Record numbers of passengers using public transport. Over 4.5 million people travelled on the Tube on Thursday 9 August, the most passengers in one day in London Undergrounds history. During the Games, the Tube carried over 60 million passengers, up 30 per cent on the same time last year. The Docklands Light Railway saw over 500,000 passengers for the first time ever on Friday 3 August. There were 46,000 Barclays Cycle hires on 26 July – the highest ever daily total.

A record-breaking period for Heathrow, with the airport handling around 237,000 passengers on 16 July, with the figure rising still higher on 26 July – the eve of the Opening Ceremony of the Games – and visitors passing through immigration and security controls smoothly and quickly.

A spending and tourism boost in 2012, with Visa announcing that spend in London restaurants is up 20% on a year ago, nightclub spending is up 24% and spend on theatre and other tickets has doubled. Intercontinental hotels have talked of 90% occupancy across their properties, while many other London hoteliers report they were at least 80% full. Retailers in Bond Street, Oxford Street and Regent Street all reported a surge in sales and footfall during ‘Super Saturday’ weekend. 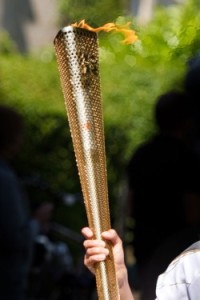 A huge boost for the UK economy, with London 2012 set to generate around £13bn of economic benefits for the country in terms of trade, investment and tourism in the years ahead, in addition to around £7bn worth of contracts that were opened up to businesses from every nation and region of the UK as part of building and staging the Games.

The greenest ever Games, according to the Independent Commission for a Sustainable London 2012 who praised the phenomenal generation of the Olympic Park site.

Now we are on track for the most successful Paralympics ever, with sales of Paralympic tickets hitting record levels and more than 2 million already sold.

Obviously the real work begins now, as to how GREEN the Olympic games 2012 actually were, when the clean-up operation begins in earnest – an absolutely gigantic task of herculean proportions – we watch with interest; any comments below please, many thanks.

I hope you have found this article – Olympic Games 2012 – informative, and you will share your own experiences below in the comment box and please take the time to click on the share button, many thanks; see more articles on The Daily Green Post home page.