Health and Beauty
By myke

Green Tea Antioxidants can Help in the War against Cancer!

In the battle against the big ‘C’ a small green tea leaf may help us in our fight against cancer.

See this interesting article below for further insights. 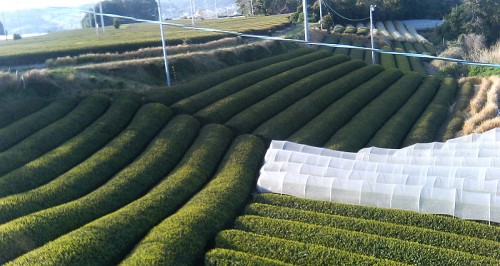 By DRS. KAY JUDGE AND MAXINE BARISH-WREDEN — The Sacramento Bee

Cancer is a dreaded diagnosis, but we probably have a lot more ability to prevent cancer than we think.

In fact, scientists estimate that almost 80 percent of cancers are caused by or worsened by negative influences in our lifestyles, including smoking, obesity, inactivity and alcohol.

Poor diet is an especially big culprit, perhaps even bigger than smoking – up to 35 percent of cancer may be due to dietary excesses and deficiencies, especially deficiencies of essential nutrients coupled with excesses of nutrient-poor processed foods.

The good news is that we can choose foods and beverages that are cancer-protective, such as green tea. Green tea contains a number of important chemicals that may work to halt cancer growth, including polyphenols such as catechins; EGCG is probably the best known of the catechins. Many studies have suggested that green tea consumption can lower the risk of multiple cancers, including cancers of the pancreas, colon, stomach, ovary, bladder and prostate.

A recent study by Dr. Susanne Henning at UCLA looked at the impact of green tea consumption on PSA levels in 67 men with prostate cancer before they went in for surgery. Half of the men drank 6 cups of green tea per day for three to eight weeks before surgery while the other half drank water instead.

At the time of surgery, the men who had been drinking the green tea had significantly lower blood PSA levels than the control group, and PSA protein in the prostate tissue was also lower.

Green tea seems to inhibit cancer in multiple ways: It reduces free radicals and DNA damage while also increasing DNA repair. It also encourages cancer cells to die rather than replicate, and it reduces the ability of cancer cells to grow and spread to other tissues.

And, if you need more reasons to try green tea antioxidants, consider that it may also help to lower your cholesterol, prevent heart disease, reduce your blood sugar, lower your risk of colitis, improve your arthritis, and help you lose weight – all of that in a cup of little green leaves!

I hope you have found this article – ‘green tea antioxidants’ – informative, and you will share your own experiences below in the comment box and please take the time to click on the share button, many thanks; see more articles on The Daily Green Post home page.