Hello and Greetings to – The Benefits of Organic Food Part 4

This is the fourth article, in a series of ten articles on the benefits of organic food by Guest writer, Joseph Patrick, published every Wednesday for ten weeks.

Please bookmark this site so as not to miss any of the articles, plus click the share button to let your friends know, about the series of articles on the benefits of organic food.

Weird-Looking Heirloom Vegetables: Why They’re Important For The Benefits of Organic food. 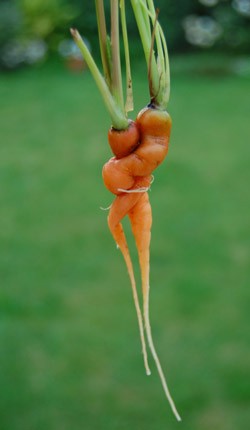 If you’ve ever been to a farmer’s market, no doubt you’ve come across vegetables labeled as heirloom.

Heirloom is such an elegant word and it refers to something valuable passed down from generation to generation.

But if heirloom vegetables are so valuable, why do they look so darned weird?

Simply put, heirloom vegetables are a specific variety of vegetable that has been grown for many years and is open-pollinated.

This is in contrast to hybrid and GM (genetically modified) vegetables.

Heirlooms themselves are not necessarily organic, but when you grow them using organic techniques, they most definitely are.

Because they aren’t modified or cross-pollinated to produce new desirable traits, they may not look as pretty as the produce we’ve come to expect at the grocery store.

But the good news is they are usually quite delicious. They are also often selected for their ability to withstand extreme weather and produce high yields.

To understand this a bit better, we need to look at 3 types of vegetables, or more specifically, 3 types of seeds.

This information will help you in deciding what type of produce to buy and then, in a later post, will be useful if you are trying to grow your own produce as well.

Heirloom Seeds:
These are seed varieties that have been cultivated for many years, passed down from generation to generation, having fairly predictable results from crop to crop.

There is no agreed upon age required for these seeds, but some suggest 50 years, while others say it should be 100. A lot of people agree upon a date of pre-1945 because that marks the end of World War 2 when growers started hybrid experimentation.

It’s the cross-breeding of two species to produce a new plant.

Hybrids can produce great results, but are problematic when home growers or small farmers want to use the seeds from their hybrid crop to create new crops.

Seeds from a second generation hybrid plant simply do not produce predictable results.

Thus, hybrid seeds are usually purchased again for each planting.

GMO Seeds:
Then we have the GMO seeds that are the intentionally genetically modified to produce very specific results.

It’s the actual transfer of DNA from one organism (not necessarily other plants) to another to get those results.

There are a number of debatable issues in regard to GMO ranging from ethics to ecology to economy.

For the purposes of my posts here, we all need to be aware that GMO’s threaten the existence of organic crops through cross-pollination.

Add to that, when large GMO producers hold patents on their seeds, they readily bully and sue smaller farmers when their GMO seed has been found to cross-pollinate with the crops of these smaller farms.

Many of these farms simply cannot afford to fight these legal battles and are forced to either shut down or comply with buying their seeds from the GMO producers.

Earlier in 2012 a lawsuit including nearly 300,000 American farmers was launched against Monsanto and its practices, but the suit has been denied.

The lawyers representing the farmers issued an appeal in July to take Monsanto back to court.

Where this goes, is unknown, but it makes the protection of heirloom seeds even more important.

So the next time you see that gnarled carrot or misshapen tomato at the farmer’s market, consider giving it a home. This is the type of produce we need to support if we want to sustain organic cultivation and the benefits of organic food.

Above all, know where your food is coming from, buy locally and do your homework.

I hope you enjoyed this fourth article on the benefits of organic food and that you will bookmark us so that you won’t miss the next installments in the series, please press the share button and leave your comments below, many thanks.

Green Tips for Energy Efficient Ways to Save Power