The Great Barrier Reef Facts – it’s Under Threat – Maybe Within a Year!

Some of The Great Barrier Reef facts are: that it is the world’s largest coral reef system composed of over 2,900 individual reefs and 900 islands stretching for over 2,600 kilometres over an area of approximately 344,400 square kilometres.
Source – Wikipedia 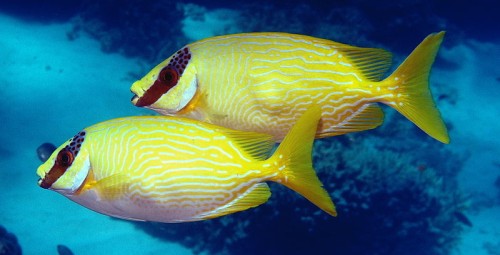 The Great Barrier Reef is a national icon, a natural treasure and important for marine biodiversity.

There is no place like it in the world.

The iconic Great Barrier Reef is right on Queensland’s doorstep and is a treasure that belongs to all Australians.

But the Great Barrier Reef facts are that it is under threat from many things: including climate change, ocean acidification and over-fishing.

A few more, of the Great Barrier Reef facts are that it is facing new threats from: dredging, dumping and shipping.
http://larissa-waters.greensmps.org.au/save-the-reef

Below is yet another video showing the concerns of Australians regarding the problems besetting the Great Barrier reef.

This video contains representative images and video of coal, coal seam gas and iron ore mining which represent the threats posed to the Great Barrier Reef.

One last video to show you which I think will leave us in no doubt that there are serious implications as to whats going on in the region.


And finally here is a report from the CNN to put most peoples minds to rest as to the urgency:

Australia’s environment minister has conceded that years of neglect have contributed to a devastating drop in coral coverage on the Great Barrier Reef along the country’s north eastern coast.

A report out Tuesday sounded what Tony Burke referred to as an “alarm bell” on the state of the reef, designated as a World Heritage Area and home up to 3,000 individual reefs and thousands of species of fish and mollusk.

“There’s no doubt there’s been a level of neglect for decades which if it had been dealt with otherwise we’d be in a much better situation now,” Burke told the Australian Broadcasting Corporation.

The report, by the Australian Institute of Marine Science (AIMS) and the University of Wollongong, revealed that the reef had lost half its coral cover in the last 27 years.

Published in the Proceedings of the National Academy of Sciences, the report warned that if current trends continue, that coverage could halve again by 2022.

“Without intervention, the GBR may lose the biodiversity and ecological integrity for which it was listed as a World Heritage Area,” it said.

Researchers say most of the damage was wrought in recent years by a succession of powerful cyclones. Waves crash down shallow reefs, dislodging pieces of coral that smash against others as they’re thrown around by wind-whipped waters.

“It’s been clearly shown from a number of studies that reefs that have been damaged by cyclones and other conditions can make a reasonably good recovery after 10 to 20 years,” he said. “The reef has the ability to regenerate from these impacts; we just need to make sure all the conditions are right for that to happen.”

According to researchers at James Cook University, there have been three major outbreaks of COTS since the 1960s and it’s believed the start of another one is under way.

The World Wildlife Fund (WWF) is urging the Australian government to commit even more money — half a billion dollars over seven years — to allow the government to meet its own targets of completely eliminating fertilizer run-off by 2020.

“Sixty thousand jobs in the tourism industry depend on us acting with urgency over the next few years,” he added.

“Just as the economics of it are real, it’s also true that even if the economics weren’t there, we have in the Great Barrier Reef one of the standout assets for the planet and there’s massive economic consequences associated with it,” Burke said.

“But before you even get to that there’s a responsibility that we have in managing it well and this report is a wake up call to anybody who thought we could just let things go as they were,” he added.

Lots and lots of controversial evidence revealing the problems associated the Great barrier reef facts are what you make of them- what’s your take on it – leave a comment below and share your views, and please click the share button, thanks.