Something for the dedicated eco – traveller:
The Bhutan tourism trail.

Did you know that, Bhutan aims to be first 100% organic nation? More of that later, first a little information for the traveller who might like to consider – Bhutan Tourism.

Bhutan, officially the Kingdom of Bhutan, is a landlocked state in South Asia, located at the eastern end of the Himalayas and bordered to the south, east and west by the Republic of India and to the north by China.

Bhutan existed as a patchwork of minor warring fiefdoms until the early 17th century, when the area was unified by Shabdrung Ngawang Namgyal, who fled religious persecution in Tibet and cultivated a separate Bhutanese identity.

In the early 20th century, Bhutan came into contact with the British Empire, after which Bhutan continued strong bilateral relations with India upon its independence. 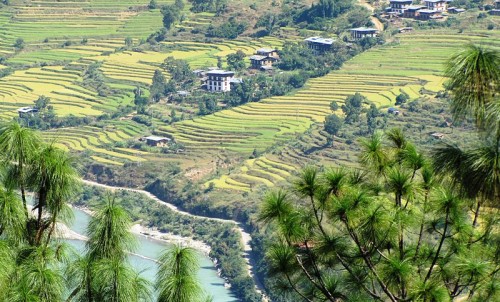 In 2006, Business Week rated Bhutan the happiest country in Asia and the eighth-happiest in the world, based on a global survey.

Bhutan’s landscape ranges from subtropical plains in the south to the sub-alpine Himalayan heights in the north, with some peaks exceeding 7,000 metres (23,000 ft).

The state religion is Vajrayana Buddhism, and the population of 691,141 is predominantly Buddhist, with Hinduism the second-largest religion.

The capital and largest city is Thimphu. 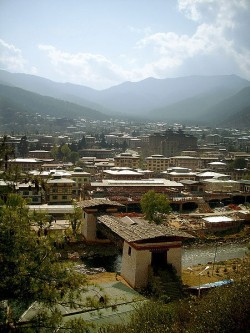 Bhutan Tourism – Thimphu city
By juandazeng (originally posted to Flickr as city in the valley) [CC-BY-2.0], via Wikimedia Commons

In 2008, Bhutan made the transition from absolute monarchy to constitutional monarchy, holding its first general election.Bhutan is a member of the United Nations and the South Asian Association for Regional Cooperation (SAARC); it hosted the sixteenth SAARC summit in April 2010.The total area of the country has been reported as 38,394 square kilometres (14,824 sq mi) since 2002.For more in depth reading on Bhutan see… wikipedia

From Bhutan Tourism to Bhutan’s aims to becoming the first 100% organic nation.

According to an article I read in the AFP; The Kingdom of Bhutan intends to become the  first 100% organic nation! 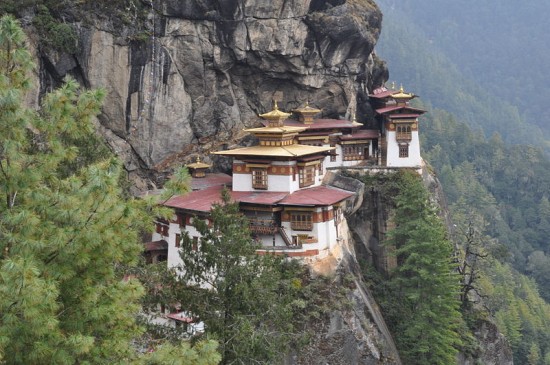 The monastery Taktsan “Tiger lair” on Himalayan slopes in Bhutan, 3500 meters above sea level
By Hou092 (Own work) [CC-BY-SA-3.0], via Wikimedia Commons 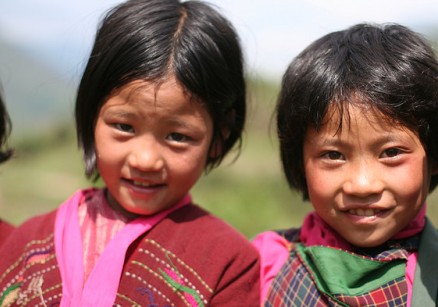 I was stunned to find that Countries are rated for happiness; who decides?

Look it up in Google there are literally 100’s of articles written about happiness in the kingdom of Bhutan!

Apparently, the focus in Bhutan is on defending the environment and protecting ones mental health.

It uses a model of measuring it’s development by studying, – ‘gross national happiness’ as opposed to ‘gross domestic product’ and it has even been debated at the United Nations, and been given a public backing by the UK and France, imagine the UK and France actively agreeing on something.

I will watch with interest, I just hope it is possible.

It’s quite amazing what’s going on in this world of ours, tiny kingdoms like Bhutan showing the road ahead; whatever next!

Built in 1646, the Paro Dzong is perhaps the country’s most recognized, best known as the location where scenes from the film “The Little Buddha” were shot.

Containing monasteries and administrative offices, dzongs are usually set in commanding positions on hilltops or at the confluence of rivers.

I hope you have found this small insight into ‘Bhutan tourism’ of interest and you will make time to comment below and click the share buttons to spread the word, many thanks.

Bhutan Tourism – Did you know, Bhutan aims to be the first 100% organic nation?

Bhutan is really historical place specially because of Himalayas .This article provides useful information regarding bhutan travel. Every people should visit the bhutan once in a life .