The President’s ‘ObamaCare Bill’ – No.1 major accomplishment in his first three years in office??

The ultimate tightrope walk between the two parties!

I’m sure everyone would agree that everbody needs an absolute minimum in the way of ‘healthcare’ in this modern society of ours.

Many people worldwide expect America the world’s most wealthy nation to lead the way in the fight for: decent health for all. 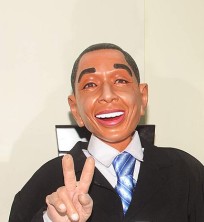 Barack Obama’s healthcare reform survives the Supreme Court but not unscathed. The mandate forcing Americans into obligatory purchasing healthcare insurance emerges not under the commerce clause, but as a tax.

The ruling on the law, which is the latest attempt in 50 years to provide health insurance to the uninsured  and slow down soaring medical costs, was passed by a 5-4 vote. The court limited the law’s extension of the Medicaid program for the poor by saying the federal government cannot threaten to withhold money from states that do not fully comply, reports Bloomberg.

“Nothing in our opinion precludes Congress from offering funds under the Affordable Care Act to expand the availability of health care, and requiring that states accepting such funds comply with the conditions on their use. What Congress is not free to do is to penalize States that choose not to participate in that new program by taking away their existing Medicaid funding,” said Judge John Roberts, who joined the liberal wing in upholding the healthcare law.

In March, as the final hearing was held, the nine-member court wanted to know whether the law could stand if the core requisite that most Americans must acquire insurance or face a fine is struck down. The chief legal argument in court was that the individual mandate was unconstitutional. On Thursday, however, the individual mandate appeared to have survived as constitutional – not under the commerce clause, but as a tax.

President Barack Obama called the Supreme Court’s decision “a victory for people all over this country.” 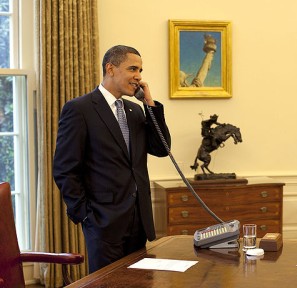 The Affordable Care Act enabled in 2010 is viewed as Obama’s major accomplishment in his first three years in office. The plan is meant to extend coverage to most of the estimated 50 million Americans currently uninsured, reduce the amount they pay for insurance and alleviate an already $2.6 trillion US healthcare system.

“Today’s ruling underscores the urgency of repealing this harmful law in its entirety. What Americans want is a common-sense, step-by-step approach to health care reform that will protect Americans’ access to the care they need, from the doctor they choose, at a lower cost,” Speaker of the House John Boehner stressed on Thursday. On the eve of the vote, Boehner vowed to repeal anything that would remain of the act.

The nation remains divided over the bill, with latest polls showing some 44 per cent of Americans do not support the reform….
More at Supreme Court gives ‘Obamacare’ green light, but strikes down – RT

Let’s wish President Obama luck with his ambitious plans and that his ‘ObamaCare Bill’ will not be the last of his plans to make a difference for the greater good (leave a comment below and let us know your thoughts).

I hope you have found this article – Obamacare Bill – informative, and you will share your own experiences below in the comment box and please take the time to click on the share button, many thanks; see more articles on The Daily Green Post home page.