It is extremely encouraging to see countries such as India encouraging sustainable development with ceremonies celebrating achievements in major Green environmental issues, that affects all the countries of the world.

FYI: The Bahai House of Worship, better known as the Lotus Temple, in New Delhi, India.Mashriqu’l-Adhkar is a formal title. It literally means “Dawning place of the mention of God”. 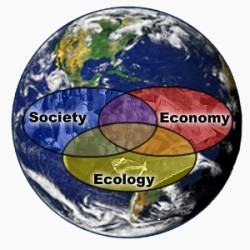 NEW DELHI: No nation can face the challenge of climate change alone.

On that note, the fourth edition of the Earth Care Awards 2012 crossed borders to bring into its fold the Saarc nations (South Asian Association for Regional Cooperation).

The award ceremony on Friday was hosted by The Times of India and the JSW Foundation in association with Centre for Environment Education.

The theme for this year’s Earth Care Awards 2012 was “Aanchal” and talked of the environment as the protective mother. She needs to be respected and protected now for future generations to enjoy nature’s bounty.

The awards were initiated in 2008 and have, each year since then, recognised and rewarded innovation in the field of sustainable development.

This year, for the first time, the awards appreciated India’s neighbours for their war against climate change. These nations, like India, are fighting for their rightful place in the world, but are focused on sustainable models of development.

Chief guest for the evening, minister for environment and forests Jayanthi Natarajan, lauded The Times of India for bringing the work of environment crusaders into national focus.

She said sustainability and growth are not separate cultures but complement each other. “There can be no development unless integrity of the land is preserved. We have to cherish , nourish and keep our resources very carefully so we can hand over a healthy planet earth to generations that follow.”

For guest of honour, power minister Veerappa Moily, the road to sustainability is mapped in Gandhi’s quote:

“Earth provides enough to satisfy every man’s need, but not every man’s greed.” He said much of the world’s natural resources have perished because of a “crisis of character.”   (one of my favorite Gandhi quotes)

Arunabh Das Sharma, BCCL president, welcoming the gathering , said:
“It’s a global problem but the harshest impact is felt in the Third World because to come out of poverty, they tend to over-consume and overwork resources.” Forums such as this, debate such issues. He added: “This work can’t be in isolation so we’ extended our hands to our neighbours this year.”

Sangita Jindal, chairperson of JSW Foundation said: “We are concerned about the environment but are encouraged by the many crusaders protecting Mother Earth. We have people living in hamlets striving to make our lives more liveable. It’s important we recognise this work and give it publicity.” The evening got off to an upbeat start with rock band EKA performing a special number Tere aanchal mein. Among those who attended were officials of the ministry of environment and forests ; ministry of power; high commissions of Bangladesh, Maldives, Australia, Sri Lanka and Pakistan; and embassies of Afghanistan, Nepal, Bhutan, Japan, Chile, US and Germany.

If you have any interesting stories from anywhere worldwide regarding rewards for Innovation in the Field of Sustainable Development please let us know.

If you have thoughts or comments you would like to make about the ‘Earth care awards 2012‘,
please leave them below and as always please click the share button, many thanks.